I first tried Elite Dangerous when it was still in the game preview on Xbox One. I did a bit of exploring and tried combat missions and hauling but did not find it interesting enough to continue. Recently I got back to the game and even bought the Horizons expansion.

I have not played a space sim since Independence War II: Edge of Chaos. Elite requires a lot of time to get into and grinding for credits can be tedious. The combat mechanics and exploration are fun enough and flying around in super cruise on kind of a soothing experience.

The real depth of Elite appears to originate from the community. For example, there are subreddits for coordinating the powerplay, which is fairly dull as a game mechanic, and community events like the Christmas carriers convoy. And of course, the game has superb opportunities for taking pretty screenshots.

I definitely want to invest more time to Elite Dangerous. Most likely it will not be my most played game for the next year, but I am looking forward to getting some material for screenshot posts. 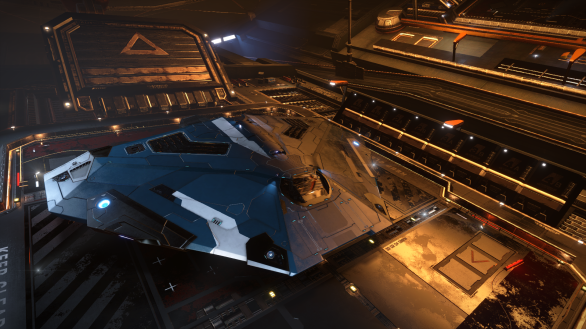 3 thoughts on “Runner Up of the Year: Elite Dangerous”

I have decided to declare this blog to be award free because I am not comfortable with the requirements usually associated with the awards. If you want to give recognition to my blog, please share, like and comment my posts.

Except where otherwise stated, the content of this blog by Jussi Laasonen is licensed under a Creative Commons Attribution-NonCommercial 4.0 International License.

Thank you for comments