I have bought a few board games lately: Tigris & Euphrates, Oltre Mare and Sid Meier’s Civilization The Board Game. Here are short reviews for each game.

Tigris & Euphrates is a strategy game for 3 or 4 players. Players control kingdoms in ancient Mesopotamia and try improve different aspects of civilization.

The basic rules are very simple and player screens contain a short reference. Even if the rules are simple the game itself is quite complex and one move can rearrange the whole game board. I prefer this kind of simple rules which generate complex situations over complex rules with lots special cases. The game ends when all the tiles are used or when there is only two treasures remaining on the board. The player with largest minimum score among different aspects of society wind. Personally I like this kind of games which have a guaranteed ending condition because they cannot end in a stale mate where none of players is able grasp the victory. (For us this happens often in Illuminati, where others always ally against the player who is about to win, and causes games to be unreasonably long.)

The game looks pretty good. It is not fancy like the Civilization board game and has a bit old school look, but I like the style. The score tokens, leader markers and temples are all made of wood. They have very plain appearance, but the use of wood gives a feel of quality over flimsy plastic markers.

The game is very entertaining and has good re playability value even if there are only two different maps. Most fun with 4 players.

Oltre Mare is game for 2-6 players about merchants sailing around Mediterranean and collecting cargo. The game is mainly played with cards representing different cargos, but it also has a board with a map of different harbors.

In each turn players play a number of cards from their hands to a cargo deck. Number of cards in the hand and number of cards to be played are determined by the topmost card in the cargo deck. The cargo cards also have different effects like adding cards to the hand, moving the ship on map or adding cards to the pirate deck. Playing multiple cards with same symbol increases the effect. The goal of the game is accumulate money by having streaks of same cargo in the cargo deck. The game ends when the deck of cargo cards runs out. The cards in the cargo deck cumulate points during point calculation phase which occurs two times: in the middle and the end of the game. The rules are very short and easily learned. There are also reference cards for each player.

The game board looks a bit plain, but cargo cards and tokens look fine. The plastic ship models — which are assembled from 5 parts — look great but are a bit too large for the board. Also colour of the ships is difficult to distinguish. The harbors get very crowded if there is more than one ship in the harbor.

Oltre Mare is easy to play and quick to set up.  Even if it is easy to play it requires quite lot of thinking and planning to try to maximise the score. I’d recommend playing the game with more than three players to make the game more eventful. With few players it is quite easy to get streaks without trading and the game could get a bit dull.

+ Quick to play and setup
+ Fixed maximum game length
+ The box has spaces for all the game elements.
– Can be a bit dull, if there is no trading between players.

Sid Meier’s Civilization The Board Game

Sid Meier’s Civilization The Board Game is a board game version of the Civilization computer games and has many elements from them in simplified form. Even if many of the mechanics are simplified the game still has the distinct feel of the computer games. The game has a lots of cardboard tokens and tiles. Unfortunately the box is not designed to house all the stuff.

The game feels surprisingly much like the computer version. In each turn the players can move armies, build cities and buildings, and discover new technology. There are four different victory conditions: military, economy, science and culture. Many aspects of the game are simplified compared to the computer versions but simplifications work pretty well and make the game less cumbersome.

The game looks very nice and the much of the artwork is similar to Civilization V. On the bad side terrain changes between the map tiles look abrupt. Inside the tiles the terrain changes smoothly. Also the distribution of  the terrain  types is not very natural, but it does not affect the game play.

The size and shape of the world changes according to the number of players and the game seems to work well with all number of players, although we haven’t tried with 4 players yet because it requires a huge table. Overall the game is very enjoyable and has the feel of Civilization computer games.

+ Has the feel of the Civilization computer games.
+ Looks good.
– The box does not contain compartments for all tokens.
– Requires a large table.
– The manual could be more specific on certain issues. 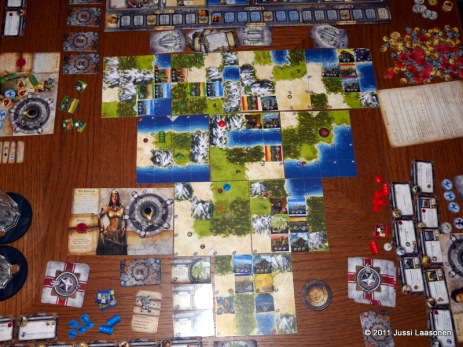 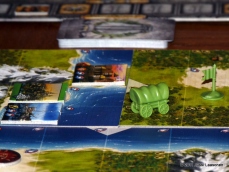 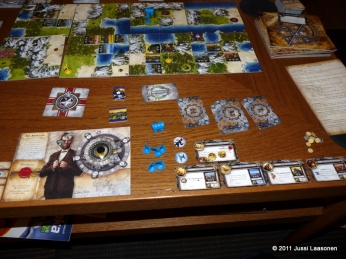 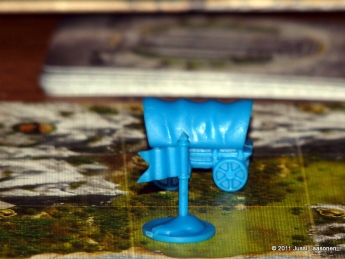 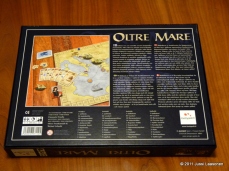 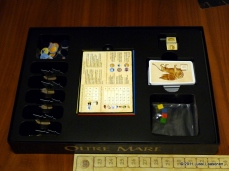 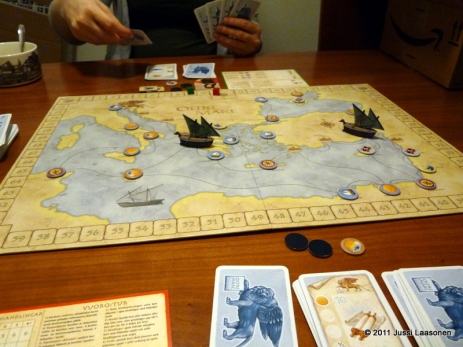 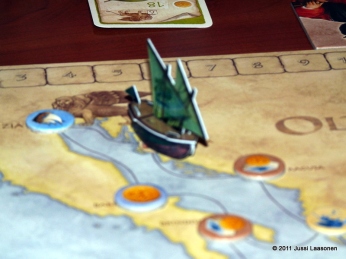 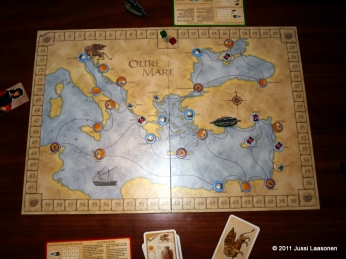 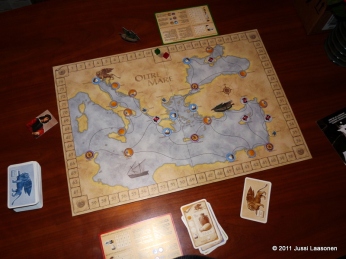 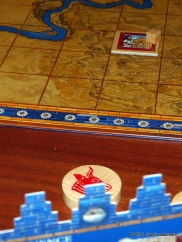 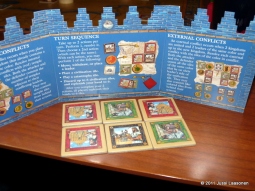 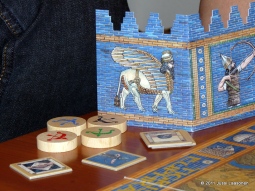 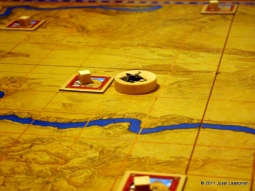 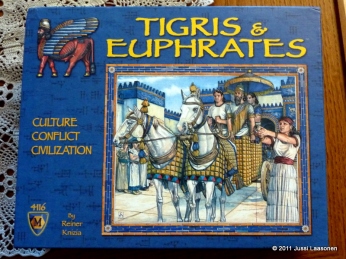